When you see a newsreader on TV, chances are that he or she is wearing a wireless lavalier microphone. You can spot them on television, in speeches and also in theatres. Usually, a lavalier mic is often invisible, hidden in the lapel of the coat or sometimes tucked into the hair and communicates with recording equipment using a radio frequency module for hands-free operation. However, you may not always need the expensive professional grade wireless lavalier microphone especially when you plan to use your mobile device for recording audio or for communication purpose. 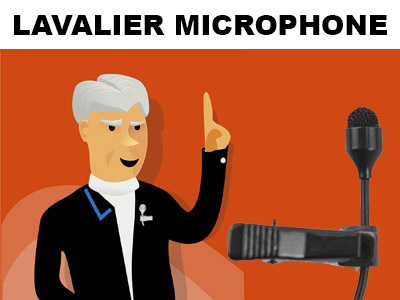 Why spend extra money on a lavalier lapel clip-on microphone when most smartphones are equipped with a hands-free headset along with a microphone? The answer is simple. If you have seen people using these “hands-free: sets you will notice that they have to literally shout into the microphone and keep it close to their mouth when they speak. In short, the sensitivity of the supplied mic in the hands-free set is far from satisfactory. Even a bluetooth device is far from satisfactory in terms of sensitivity and audio quality. This is why it makes sense to use a lavalier microphone; you can clip it on to your lapel and attach it to the 3.5mm socket through the wired jack. Such microphones are high sensitivity type with several advantages over the inbuilt mic in smartphones.

Advantages of lavalier microphone for smartphones

If you pick the right lavalier microphone, there are several advantages:

Who can use this kind of lavalier microphone?

There is a world of difference in clarity and sensitivity as you will find when you use an external lavalier mic for smartphones. Royal Voice is a well-know for manufacturing Lavalier Lapel Microphone Clip-on Omnidirectional Condenser Mic for Apple iPhone, iPad, iPod Touch, Samsung Android and Windows Smartphones.